Hanafubuki, a  Japanese collective  of artists/performers based in Kyoto, Japan, with Yoko Shibata and Naoki Tohdo as its core members, has just released a stunning music video entitled The Lake, shot at Lake Biwa, Shiga prefecture, Japan. I made an interview with Naoki Tohdo and Yoko Shibata about their latest gig.

How was the song born? 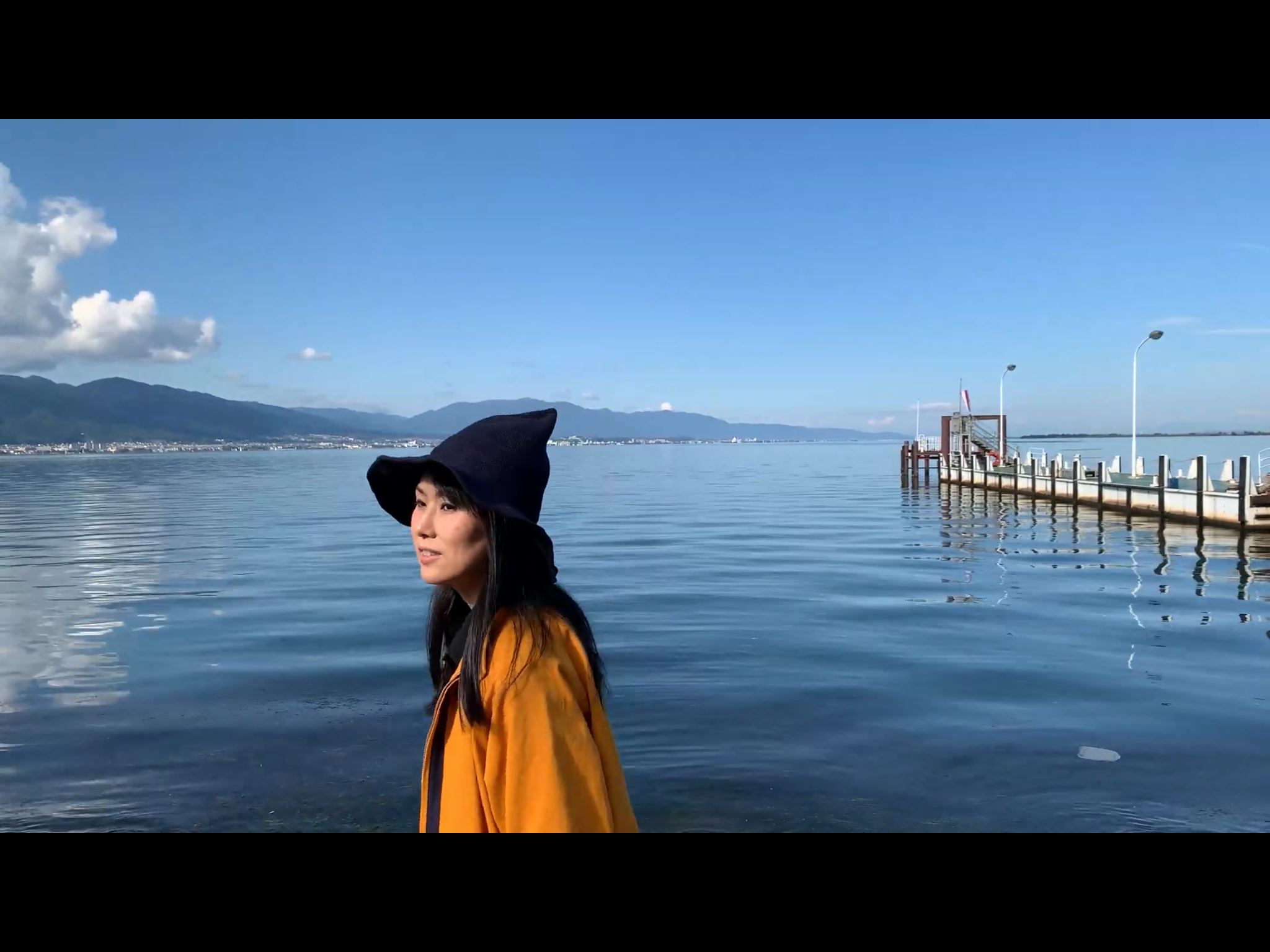 What was it inspired by?
N.T.:  I love the enthralling feeling of playing a major sevens chord slowly, and I often start playing a song from the point where I close my eyes and get enthralled by the sound of it.
To whom do you recommend it?
N.T.:  Maybe it would suit someone who is in an introspective, sort of poetic mood. I go into somewhat of an introspective mode when I listen to this song. It’s like getting away from the daily chores and social roles and indulging in my own thoughts.

Where did you shoot the music video?
N.T.:  We filmed the video at Lake Biwa, Shiga prefecture, Japan. It’s the biggest lake in Japan. It’s one of our favorite places. We often visit Lake Biwa when we want to get away from the hustle and bustle of city life and relax.

N.T.:  We decided to take a long, one-shot shot. I asked Yoko – ( aka. Yoko Shibata) to walk slowly along the lake and I took the shot with my camera set on a gimbal. It was a bit windy and the water in the lake was rippling nicely. It was sunny and the sky was an autumnal blue. The shoot was unrehearsed and went well in one take.
Yoko Shibata:

The shoot was fun. I tried to walk in a relaxed manner. The weather was nice and pleasant. I thought it was nice to see the fishermen there. I had a feeling it was going to be a good video.