Wrecked – It is said that words have power and that you should be careful about what you say or wish, because one day it might come true. ” In Tim Richardson‘s latest gig, entitled Wrecked, an angry orphan curses her social worker after she admits she can’t adopt her and they crash. Will they survive or… ? 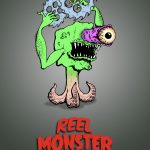 How was the idea of making a film about child adoption born?

Wrecked was really something special. My production company, Reel Monster Productions, usually credits the lead actor as executive producer, because they provide the money for the budget, since usually they come to us with an idea for a movie that they want to act in. But Wrecked was different. I wrote this short for two actors, who I was coaching and pitched it to them, and they both loved the idea, so they both contributed to it. We write and shoot a lot of movies for actors, who have no footage for their reels. One of the challenges we faced with this movie was  that we lost our location the night before the first day of our shoot. We needed a safe road to shoot on with no traffic, and a friend had offered a closed road in his neighborhood, but the at the morning of the shooting, he had to cancel it, because it had to be opened for a demolition crew to get through. I had to find a new location, because rescheduling was not an option, due to the fact that one of our leads lives out of town. After a few calls, we found a better spot in my father’s neighborhood. I’m particularly proud of my actresses and crew. We had a real dump truck on set but used cool camera tricks and magic in post to simulate the car crash. Reel Monster Productions is a family that comes together to make great movies !

How was the idea of making a film about child adoption born?

I wrote this movie for two acting clients that are very different from each other. They were different ages (One was a teenager and the other an adult) they were different races, so it was hard to make them sisters. I wanted to give them a challenge with a mother dealing with a rebellious daughter, but I hit a temporary wall with the ethnicity issue again. Then adoption hit me. I wanted the daughter to appear to be angry and rebellious, almost like she doesn’t care about anything, but all that is just a mask to keep people from seeing just how bad she wants a real mother! And her social worker could fill that role in her mind, but for unknown reasons she just can’t adopt her. The teenager gets mad when she loses another potential mom and accidentally calls down a curse that could wreck everything for her metaphorically speaking and literally wrecks their car endangering her friend’s life. At the last moment the teenager has to be honest that she doesn’t want to lose her friend and begs for forgiveness. I think adoption is an important issue. There are so many children that want good families and so many good parents that can’t have children, but want them desperately, so I think shining a light on that is a wonderful thing!
To whom do you recommend Wrecked, and along with what kind of thoughts?
I recommend this film for anyone! The action-packed twist at the end is a little intense, but I believe this is a family friend movie that will draw mothers and daughters closer together and not just them, but the whole family!

How did the protagonists experience the shooting?

They had a great time. Reel Monster Productions works hard when we are shooting a movie but we also have fun! The adult actress had trouble screaming for the car rolling sequence, so my assistant director Lexi filled in. So she and Kenzie (the teenage actress) sat in the car with our sound guy screaming in various ways for about 5 min. It was a really funny movement!
Reel Monster Productions on Facebook:
https://www.facebook.com/reelmonsterproductions/

Your password reset link appears to be invalid or expired.

To use social login you have to agree with the storage and handling of your data by this website.